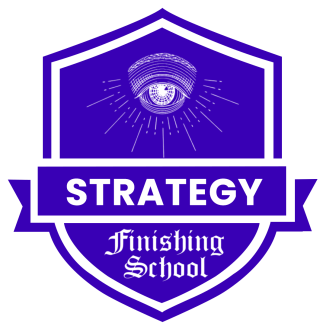 There’s an incorrect assumption that creatives at big agencies are obsessed with making TV ads.

Creatives are obsessed with award winning ideas NOT the medium of TV.

Show me a creative who would not like to make half the work in the Brand Actions Library.

Bringing scripts to the first creative review is what I call ‘Pad Thai creative’.

When I go to a new Thai restaurant, I get the Pad Thai. It’s the dish I can judge the entire restaurant on as I’ve eaten my fair share of it.

It’s the same with creative directors. They’re most familiar with evaluating ideas based on scripts and can tell the nuances between a great idea and an award-winning idea.

Which is great if you’re in the business of creativity, as award winning ideas have an 11x economic multiplier for clients investments.

Another misconception is that you should start with the idea platform and then go to execution.

That’s like starting a Korean-Ethiopian fusion restaurant without ever tasting the food, sounds great on paper but I’ll need to try that injera bibimbap before I invest.

If you’re going to go to a steakhouse, you want the steak to be great.

Moving image is still the advertising moneymaker for clients. Moving images aka video is still a high part of our media consumption, we’ve just changed from watching ads only on a TV screen to now between our friends’ content on mobile.

In America it’s a necessity.

From a media perspective it’s 50 different countries in one. Getting a Brand Action stunt on the news in one state means at most you hit 2% of your potential audience.

Smart marketers know this, Adweek 2018 Brand Genius of the Year Fernando Machado CMO of Burger King, is creating cultural resonant work but he’s always delivering it on scale through video.

I bet you one Pad Thai that you learnt about The Proud Whopper through video.

IDEA TO EXECUTION IS THE PROBLEM

The problem is in getting from the idea to execution.

We’re failing to get these ideas to come to life in innovative ways.

We struggle to ladder it up to a big idea and execute it in new ways (brand partnership, product innovation, social programs, etc.). The budget often gets eaten up making sure the TV idea is perfect, integration is left too late in the process.

This is where scripts get their bad reputation.

The expertise in what we know, TV scripts, sometimes limits us at the execution phase.

We fall back to doing what we know we can do well.

To execute an idea in innovative ways requires us to make it intentional from the start.

There’s two ways to address this problem, from the side or the core.

Ex-Coca-Cola CMO/current DDB CEO, Wendy Clark, sparked a great way to tackle this problem with the 70/20/10 rule for splitting up your production budget. This way you ensure that the production budget doesn’t get completely eaten up by a TV shoot.

This became a major tenet of my thinking that created the Blueprints.

The other way is changing it at the core, creative leadership can change the key dish from scripts to something else. Bogusky is famous for asking creatives to come back with the PR headline for the idea.

Droga hails from Australia, where we were forced in the 90’s to think outside the box when big budget TV dried up with US adaptions becoming the preference, so he’s naturally tuned into evaluating non-traditional ideas.

Scripts are not the issue.

For more of my writing and resources, join the 10,000+ strategists on my newsletter Planning Dirty